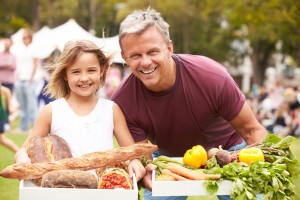 Burtonsville, Maryland is another Montgomery County staple! This little community has great history and an even better camaraderie. Let the Team Edge Neighborhood Spotlight help highlight the benefits of Burtonsville.

Burtonsville is a census-designated place and an unincorporated area in Montgomery County, Maryland, United States. As an unincorporated area, Burtonsville’s boundaries aren’t officially defined, but the town is recognized by the United States Census Bureau. According to the 2010 census, just over 7,000 people live and work in Burtonsville. The area boasts the largest percentage of Indian American residents of any place in Maryland at 7.97% of residents.

Burtonsville takes its name from Isaac Burton, a local who bought out his sibling’s land shares and became the major landowner in the area in 1825. Burton and his wife Keturah had 17 children, many of whom stayed in the area as adults. In the 1850s Isaac Burton became the first postmaster of the newly established post office in the vicinity, which operated out of his store at the intersection.

To honor the founder of their town, Burtonsville hosts an annual “Burtonsville Day.” Much like a small town version of the county fair, the event involves many small social gatherings at different places around the town, with activities such as petting zoos, various games, and local contests. The event also includes a large parade through the town, with the local schools often getting involved.

The Team Edge is your Expert on Burtonsville, MD.

This entry was posted on Friday, September 25th, 2015 at and is filed under Blog, Maryland Neighborhoods . You can follow any responses to this entry through the RSS 2.0 feed. Both comments and pings are currently closed.