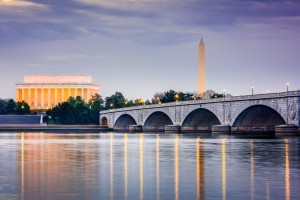 Montgomery County is full of great neighborhoods to live in. This week, Maryland Neighborhood Spotlight covers a gorgeous urban oasis just outside of Washington, D.C.: Bethesda!

Bethesda is located northwest of Washington, D.C. The city took its name from a local church – the Bethesda Meeting House. The word bethesda mean House of Kindness, and the city lives up to its name – Bethesda is one of the most affluent and highly educated communities in the United States. Forbes named Bethesda as one of America’s most educated small towns in 2014, and it was first on Time’s list of top earning towns. The city also hosts the The National Institutes of Health main campus and the Walter Reed National Military Medical Center.

Downtown Bethesda, and especially an area called Bethesda Row, is a vibrant district with a cinema and dozens of shops and restaurants. Take an evening and walk through town – explore the niche shops and modern architecture before watching a movie at the cinema with the whole family.

Bethesda even has something for the history buffs out there! Downtown Bethesda is home to one of the Madonna of the Trail monuments, created by the National Old Trails Association and the Daughters of the American Revolution. The Capital Crescent Trail, following the old tracks of the B&O Railroad stretching from Georgetown, Washington, D.C., to Silver Spring, MD also cuts through the heart of Bethesda.

Bethesda is a very wealthy and well-educated area. According to the 2000 Census, 79% of residents 25 or older have bachelor’s degrees and 49% have graduate or professional degrees. A 2007 survey estimated that the median income for a Bethesda household was $117,723, and the median income for a family was $168,385. The average price of a four bedroom, two bath home in Bethesda in 2010 was $806,817, making Bethesda the 20th most expensive neighborhood in the country!

The Team Edge is your Expert on Bethesda, MD.

This entry was posted on Thursday, September 17th, 2015 at and is filed under Blog, Maryland Neighborhoods . You can follow any responses to this entry through the RSS 2.0 feed. Both comments and pings are currently closed.