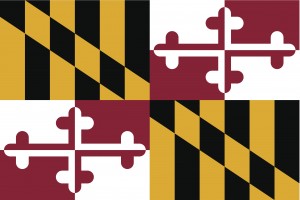 The Team Edge returns to our recurring series on the history and notable attributes of the Maryland neighborhoods we serve. Today, we’re highlighting Glen Burnie an area of affordable housing strategically located to conveniently commute to Baltimore and Annapolis.

Established in 1812 by district attorney Elias Glenn as a county seat, he originally named the property “Glennsburne”. The property was passed down through his descendents and was oft renamed until the name of “Glenburnie” was settled on in 1854 when Elias Glenn’s Grandson, William Wilkins Glenn, incorporated the  Curtis Creek Mining, Furnace and Manufacturing Company into the property.  It wasn’t until 1888 though, that Glenburnie became an official state subdivision, and not until 1930 that the town’s postmaster Louis J. DeAlba changed Glenburnie to “Glen Burnie”, on the basis that two words are better then one.

Glen Burnie grew through the late 1800’s and early 1900’s. Glen Burnie experienced a spurt of growth in the 1920-1930’s when Crain Highway, named for state Senator Robert Crain, opened in 1927, and Ritchie Highway, named for the former Governor Albert C. Ritchie who died in 1936, opened in 1939.  Glen Burnie was also serviced by the Baltimore and Annapolis Railroad until competition closed the passenger service, and Hurricane Agnes did enough damage to a trestle crossing the Severn River that the freight service was abandoned as well.

In 1958 Glen Burnie became the site of the first enclosed shopping mall on the East Coast of the United States. The Harundale Mall was developed by the Rouse Company, the same company that would develop the planned community of Columbia. Following the success of Harundale Mall, Glen Burnie Mall was opened in 1962. Attempts to urbanize Glen Burnie in the 1970’s were met with little success.

A suburb of Baltimore located in Anne Arundel County; Glen Burnie is perfectly placed to commute to Baltimore and Annapolis. Its location, with access to the Baltimore Light Rail system, and the affordability of the housing there, make it a perfect place for young professional couples who work in either city, or are looking for work.  Buying a home in Glen Burnie is a strategic investment in your future.

The Team Edge is your Expert on Glen Burnie and Maryland

At The Team Edge, we recognize the importance of knowing a neighborhood’s history and notable features when it comes to trying to buy and sellreal estate. Whether it’s in well-known areas like Glen Burnie, or lesser known neighborhoods in the state or across the nation, The Team Edge has the resources and knowledge to buy your home quickly, and at a good price. We can make selling your home easy and fast with a guaranteed price that can be delivered in a lump sum payment.

This entry was posted on Tuesday, February 3rd, 2015 at and is filed under Maryland Neighborhoods . You can follow any responses to this entry through the RSS 2.0 feed. Responses are currently closed, but you can trackback from your own site.